Incompatible Browser
Looks like this browser isn't supported. We recommend you use Chrome, Firefox, or Safari instead.
X

David Wessel is a senior fellow in economic studies at Brookings and director of the Hutchins Center on Fiscal and Monetary Policy, the mission of which is to improve the quality of fiscal and monetary policies and public understanding of them. He is a contributing correspondent to The Wall Street Journal, appears frequently on NPR’s Morning Edition, and tweets often at @davidmwessel. 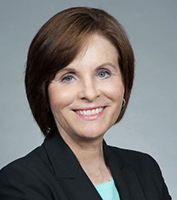 Moira Carlstedt has served as president and CEO of the Indianapolis Neighborhood Housing Partnership (INHP) since February 1998. She works within a community culture grounded in public-private partnerships, which enables her to utilize her extensive leadership and work experience in the private, government, and nonprofit sectors.

David Doig is president of Chicago Neighborhood Initiatives. For 25 years, he has served neighborhoods throughout Chicago in various nonprofit and governmental capacities, including as a community organizer in North Lawndale and as superintendent of the Chicago Park District. At CNI, Doig focuses on strategy and raising capital, and helped lead an organizing effort to have Pullman declared a National Monument.

Donna Gambrellwas appointed president and CEO of Appalachian Community Capital in May 2017, after serving several months as the organization’s interim CEO. Prior to her current position, she served as the director of the U.S. Department of the Treasury’s Community Development Financial Institutions Fund (CDFI Fund). She is the longest-serving and first African American woman to hold this position. 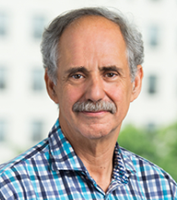 Ed Golding is a nonresident fellow in the Housing Finance Policy Center at the Urban Institute. He is also a consultant on housing finance matters and works with Vista Data Services. He is an adjunct professor of finance at Columbia Business School. For 30 years, he has worked in mortgage finance, serving most recently as head of the Federal Housing Administration (FHA) in the U.S. Department of Housing and Urban Development (HUD).